The Town of Berryville operates under the council-manager form of local government. The Town is governed by a six-member Town Council. The Town Council is composed of a Mayor, Vice-mayor, and four Council members. The Mayor and Vice-mayor may live anywhere in Town, while ward representatives must live in their respective wards. The Mayor and Vice-mayor are elected at-large by the entire Town electorate, while ward representatives are elected by the voters of their respective wards. 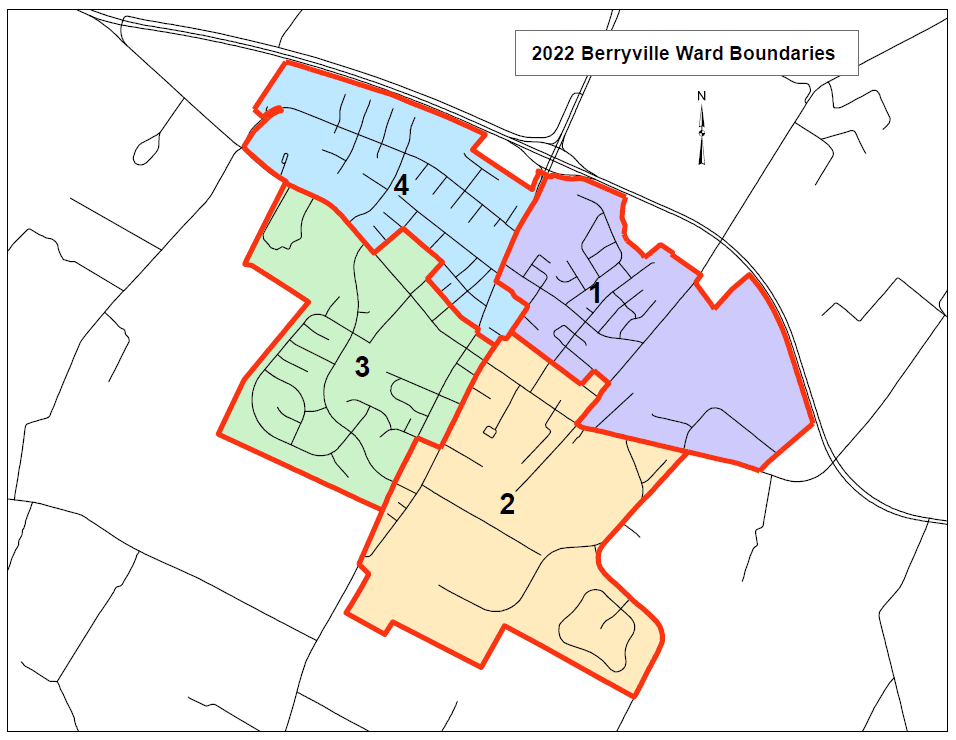